With Spyros Manesis on the piano

You can now watch again Savina Yannatou live concert, which took place on May 30 at the SNFCC Lighthouse, as part of the online concert series #snfccAtHome: music. Enjoy the concert on this page and on the SNFCC's YouTube channel.

The Stavros Niarchos Foundation Cultural Center (SNFCC) online concert series #snfccAtHome: music continues with Savina Yannatou on Saturday, May 30th, at 21:00. Accompanying her on the piano will be the excellent jazz pianist Spyros Manesis, who also adapted the songs on the concert’s setlist, and recently appeared alongside Dimitra Galani in the same concert series.

Savina Yannatou has been long known for her outstanding ability to combine elements of improvisation with world music. Internationally renowned, with exceptional performance capabilities, she has enchanted audiences in all the countries she visits regularly, from the Barbican in London to the WOMAD festival, in the US, New Zealand and Australia, and has made fans of the most demanding music critics the world over.

Spyros Manesis is part of the new generation of Greek jazz musicians, with extensive studies in Greece and the Netherlands, and an artistic presence all over Europe.

With their meeting on the SNFCC stage, Savina Yannatou and Spyros Manesis invite us to join them in a wander through different musical traditions, led by jazz and improvisation. Songs of various countries, in different languages and musical idioms, alternate with entechno Greek music through an integrated approach for vocals and piano. Griko songs of southern Italy coexist with the music of Armenia, Lebanon, Corsica, and Sardinia, as well as with songs by Manos Hadjidakis, Lena Platonos and Nikos Kypourgos.

Savina Yannatou was born in Athens. She studied singing with Gogo Georgilopoulou and Spyros Sakkas in Athens, and graduated from the Guildhall School of Music and Drama in London, with a scholarship awarded by the “Mousigetis” Foundation. Her professional journey began with the Greek Radio 3 show “Edo Lilipoupoli”, in partnership, mainly, with Lena Platonos, with whom she subsequently recorded Sabotage, Karyotakis 13 songs, and Manos Hadjidakis ‘62, which are all landmark records in Greek discography. She has also collaborated with composers Nikos Mamangakis (on the operas Erotokritos and Aretousa, Erofili, Shadow Opera, and several discographic productions), Nikos Kypourgos (Lullabies, The garden’s secrets), Michalis Grigoriou, Dimitris Marangopoulos, Dimitris Kamarotos, Vangelis Katsoulis, Arild Andersen, Barry Guy, Nikos Galenianos, and many others. She was a member (1981-1991) of the “Early Music Workshop”, performing medieval and renaissance music. Since 1992, she experiments with free vocal improvisation in the free jazz genre. From 1994, she collaborates with the band "Primavera en Salonico", coming together to perform songs from the Mediterranean and the Balkans in music festivals all over the world. She has written music for the Greek National Theater, the National Theater of Northern Greece, the Thessalian Treater, and the Neos Kosmos Theater, as well as for documentaries, pantomime shows and video art projects. Her discography includes approximately thirty records with works by Greek and international composers, traditional songs from various countries, free improvisations, and her own songs.

The pianist Spyros Manesis is an active member of the Greek and European jazz scene. His studies include a degree in classical piano and a diploma in jazz piano from the Athenaeum conservatory, and a Master’s degree from the Conservatorium van Amsterdam. In the role of leader or co-leader, he has recorded the albums Trioism, Undelivered, 9 portraits of Lena Platonos, First takes, Chronos Project, Spiral Trio and Well excuse me. He has collaborated with a host of top Greek and international musicians, and has toured in Europe and the US. He has also performed as a soloist with symphonic orchestras from Greece and abroad. In 2015, his project Spiral Trio was awarded first prize in the first Greek jazz competition “Apollo”. He teaches jazz piano and is a visiting professor at the Department of Music Studies of the Ionian University. 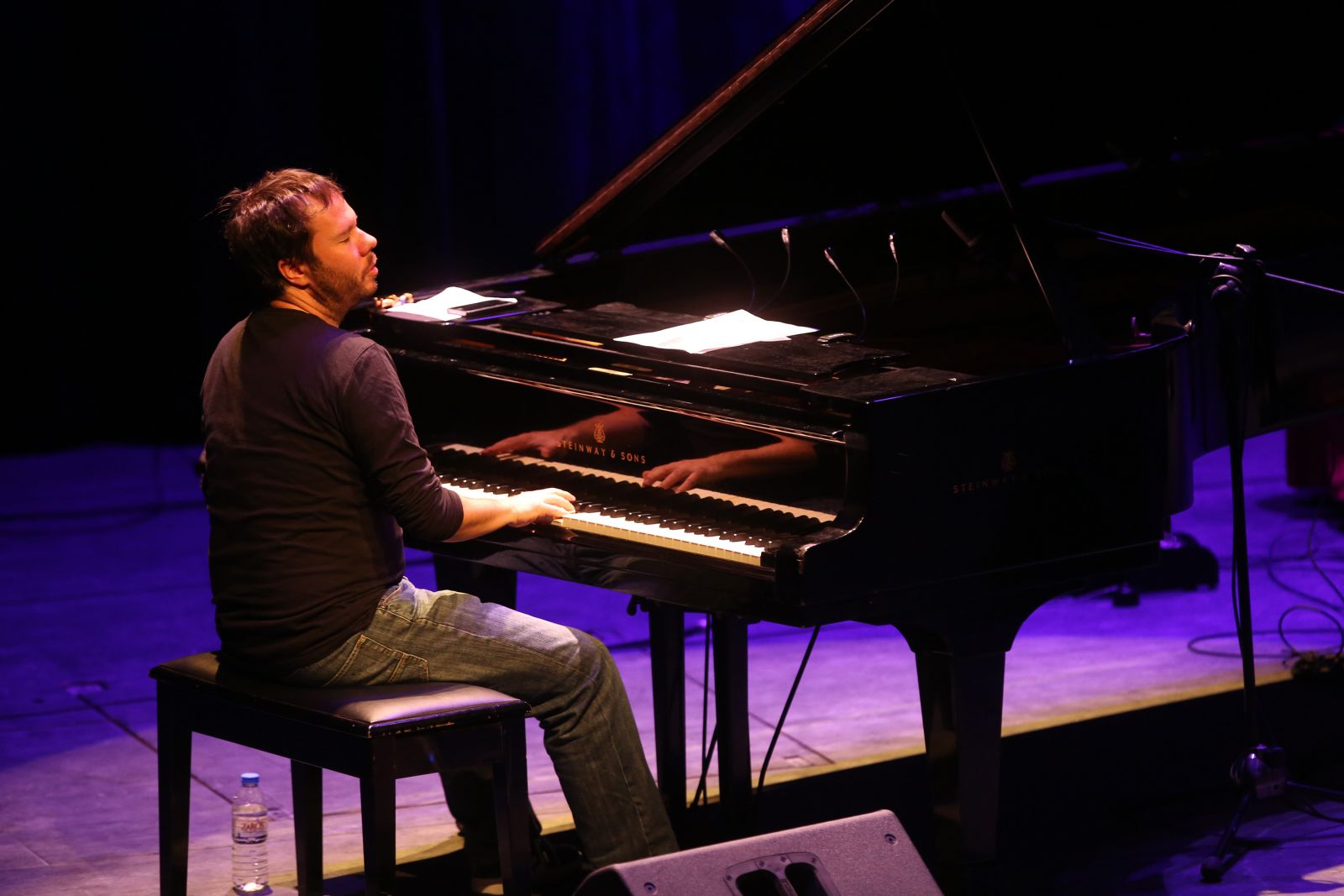