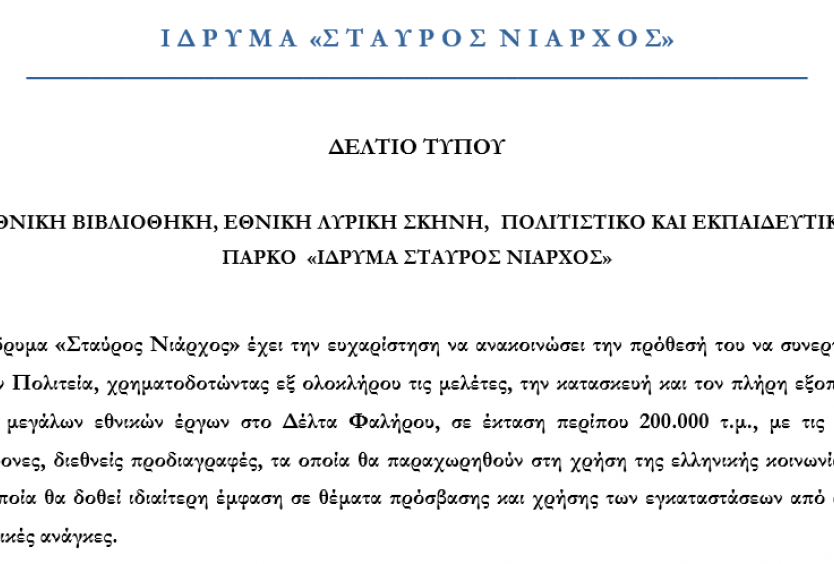 The original idea for the SNFCC emerged in 1998, with the SNF’s decision to fund the construction of a new home for the National Library of Greece following the organization's grant application. The intention was for the project to go beyond bringing the Library collections under one roof by extensively upgrading its facilities and consequently its role as a truly national library. The vision for the new National Library involved creating a public institution to offer access to the world of knowledge and information to people of all ages, provide a wide range of research and reference resources and network with other Greek and international libraries. The proposal was submitted to the Greek government, which expressed its support.

At the same time and independently of this initiative, the Foundation was considering a proposal to support the Greek National Opera, an organization that also required a major facility upgrade. These two projects fused into an exciting prospect – an ideal synthesis of the Foundation’s mission and commitment in Greece, with long-lasting potential for change. The project envisioned bringing together the National Library of Greece, the Greek National Opera, as well as an educational and cultural Park in a single complex, creating an urban, cultural, educational and environmental landmark of international appeal.

In consultation between what was then the Ministry of the Environment, Planning and Public Works and the Municipality of Kallithea, it was agreed for the complex to be built in the former horse racing venue area. Out of the total land area (240,000m²), 210,000m² were designated for the Stavros Niarchos Foundation Cultural Center and the Esplanade, and the remaining 30,000m² for the creation of a sports park for the Municipality of Kallithea. 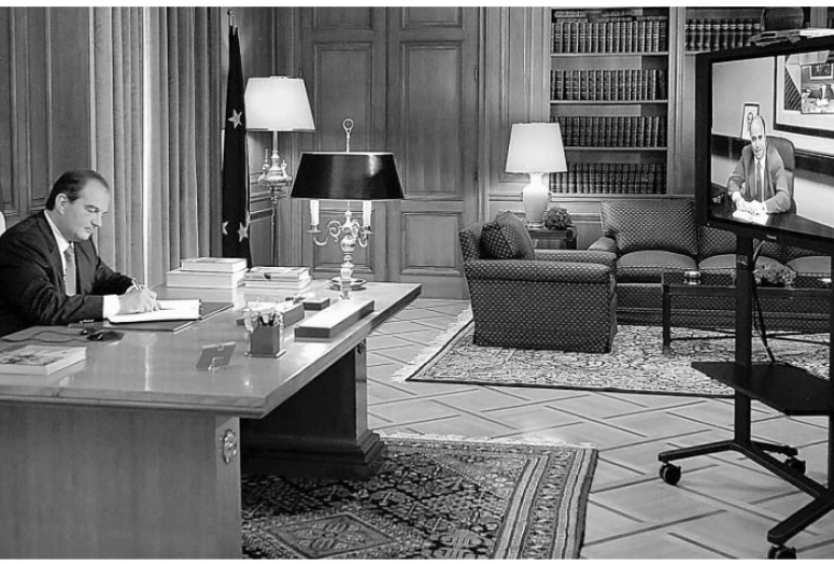 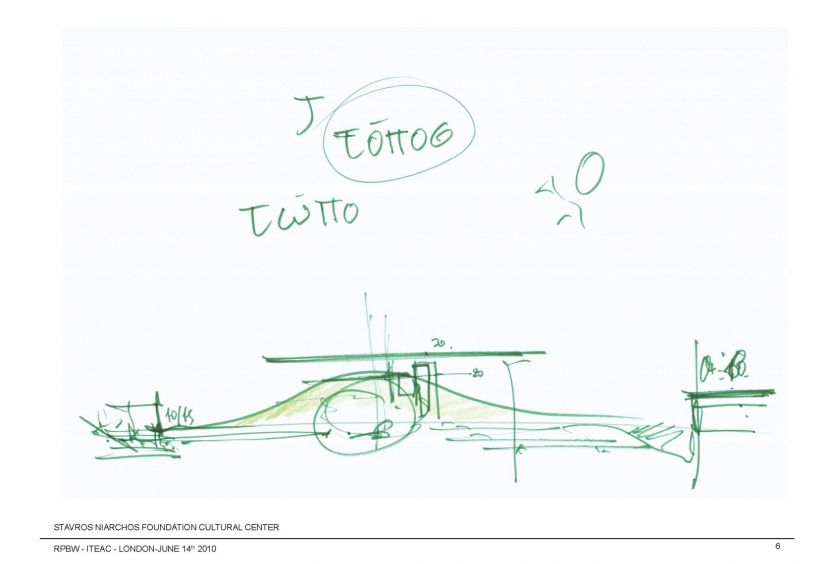 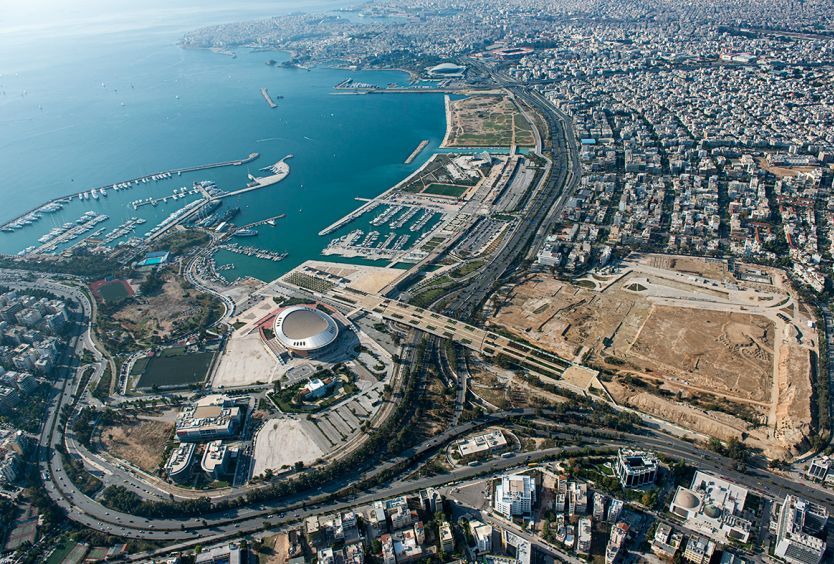 The contractual agreement with the Greek State for the construction of the Stavros Niarchos Foundation Cultural Center is signed. The agreement is jointly signed by the ministers of the four ministries involved: Economy & Finance; Environment, Planning & Public Works; Education & Religious Affairs; and Culture, as well as the President of the Board of Trustees of the National Library of Greece, the Chairman of the Board of Directors of the Greek National Opera, the CEO of the Public Properties Company and the CEO of Olympic Properties S.A. 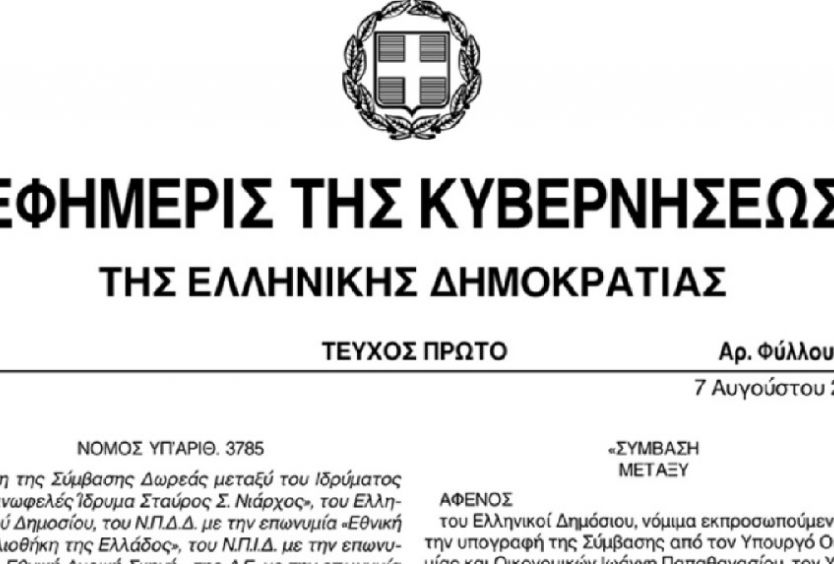 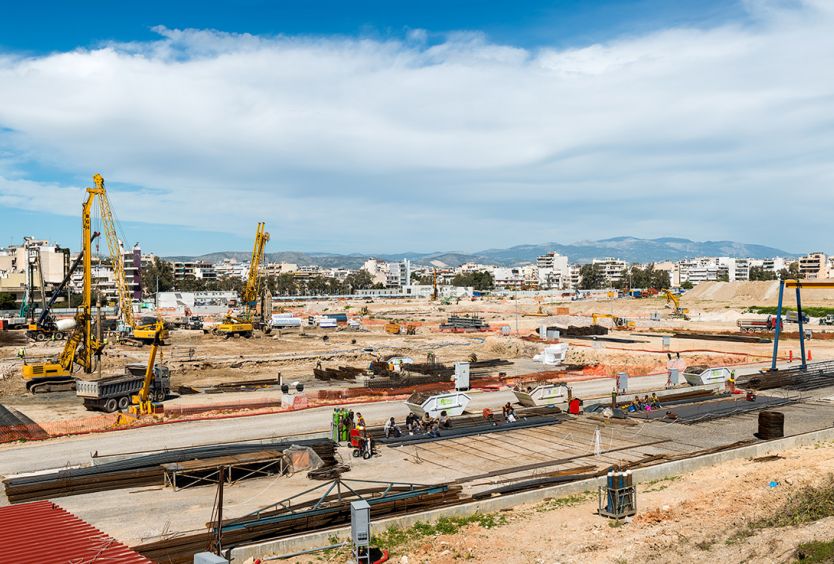 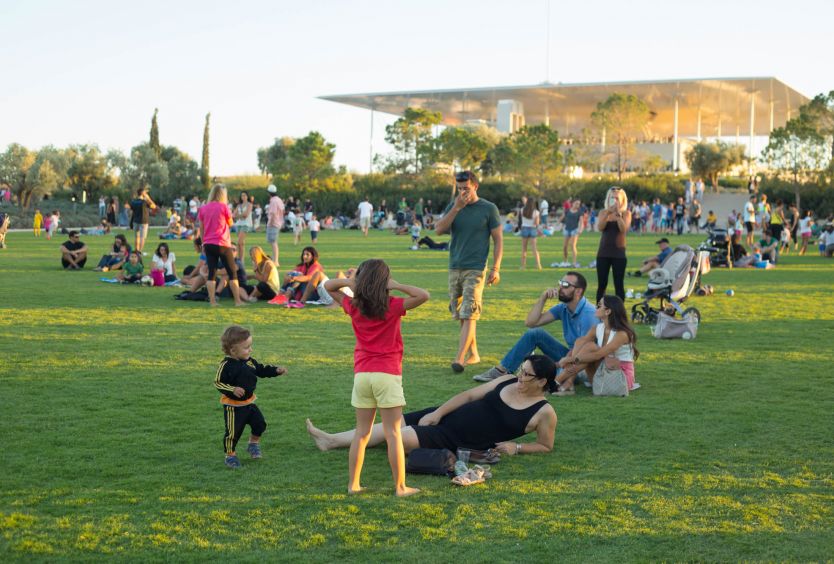 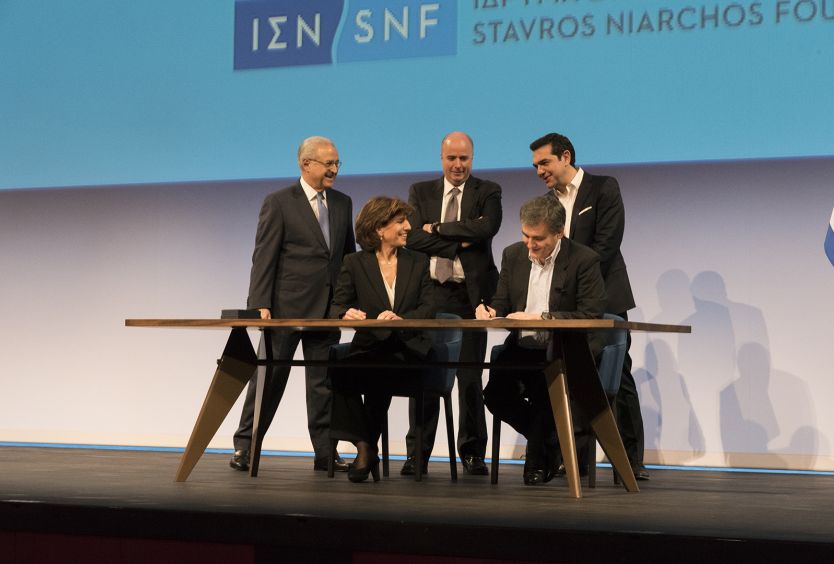 The ceremony for the delivery of the Stavros Niarchos Foundation Cultural Center to the Greek State and all Greeks takes place in a festive atmosphere. 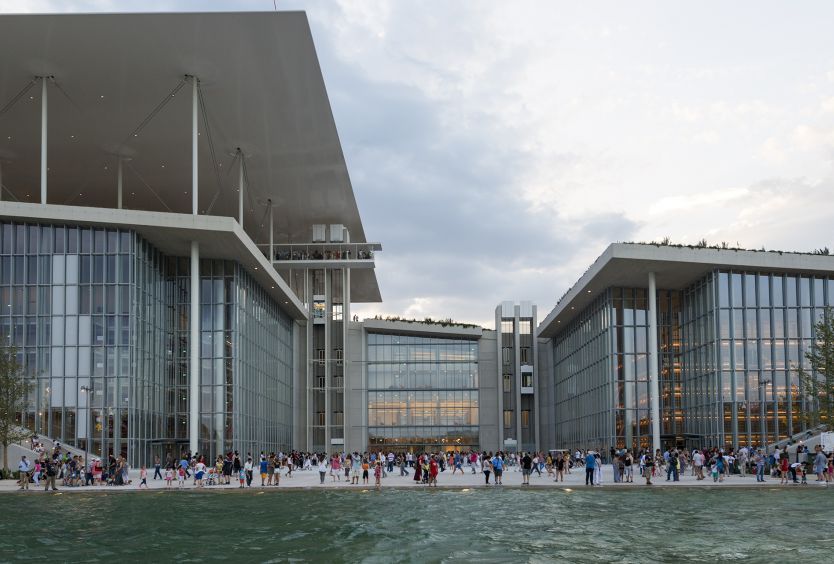 New Board of Directors

The first year of operation has been completed

More than 20,000 visitors welcome the New Year at the SNFCC.  Hundreds of fireworks light up the midnight sky, creating a dazzling show, right next to the premises of the SNFCC, the decorated Stavros Niarchos Park and the full of skaters ice-rink on the Canal.  This is how the first year of the SNFCC’s operation concludes, with more than 3,500 events and 3 million visits, surpassing all expectations. 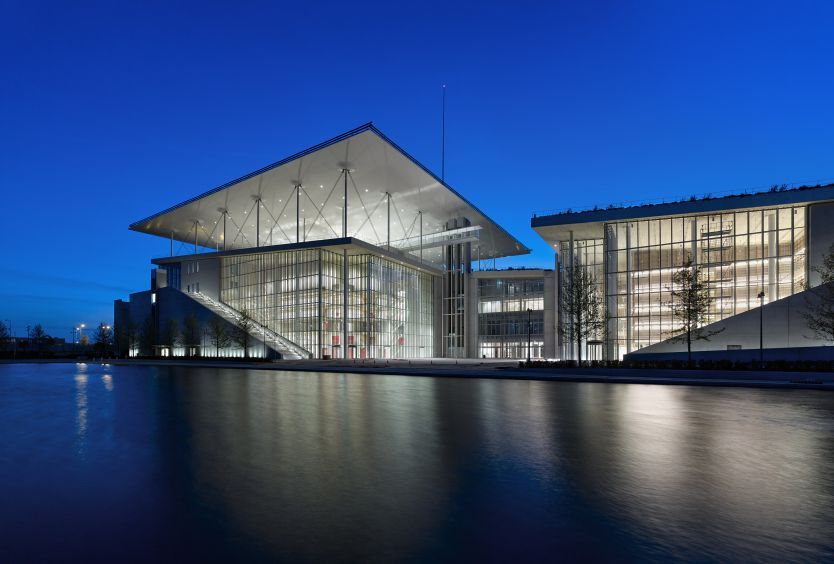 New President of the Board of Directors appointed

Lydia Koniordou was appointed President of the Board of Directors for the remainder of the Board’s current term of office. She resigned on 05/05/2019. 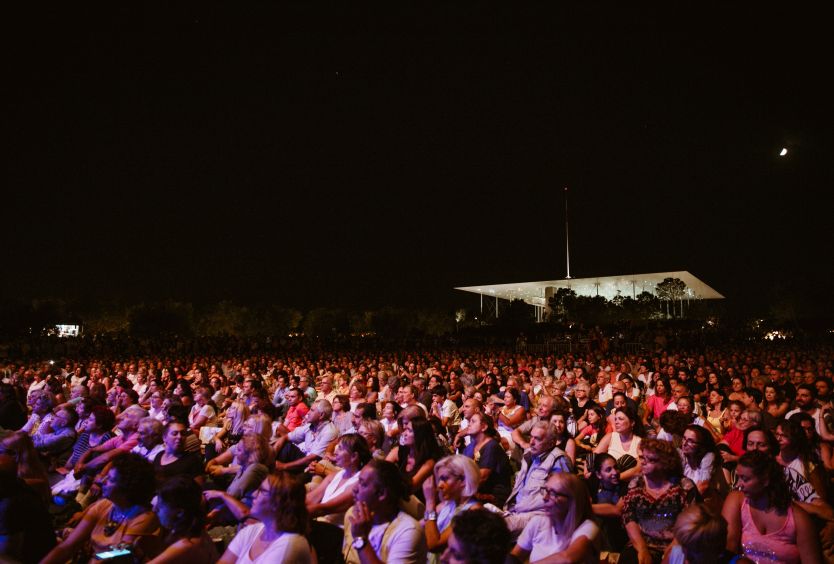 The number of visits to the Stavros Niarchos Foundation Cultural Center (SNFCC) continued to be on the rise in 2018. More specifically, SNFCC welcomed 5.3 visits in 2018, a 76% increase compared to 2017. 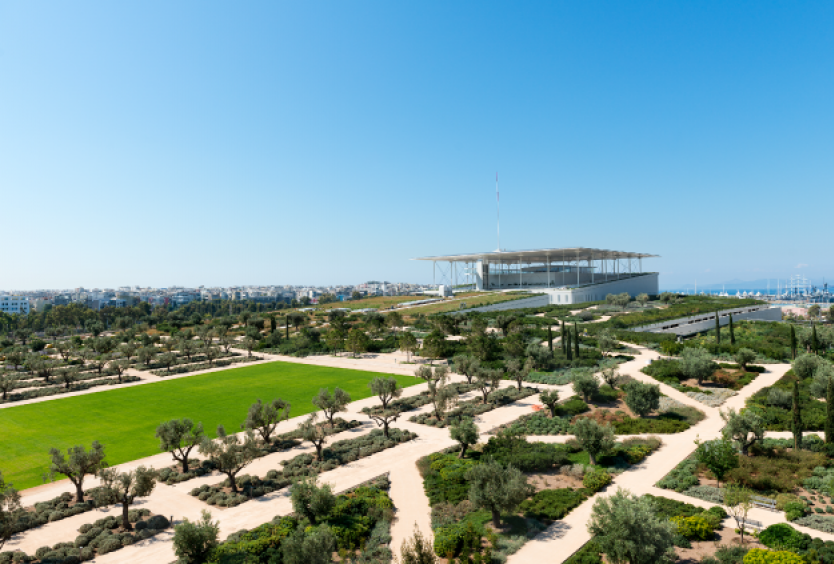 New Board of Directors

The Company named “Stavros Niarchos Foundation Cultural Center S.A.” held its Annual General Meeting on Thursday, June 11th, 2020, during which the Company’s new Board of Directors was elected, consisting of seven (7) members. These members were appointed, in accordance with the provision of article 2, article 3, par. 2.4 of Law 3785/2009 (Α’ 138), by the Greek State.

The new composition of the Board of Directors of SNFCC S.A. is as follows: 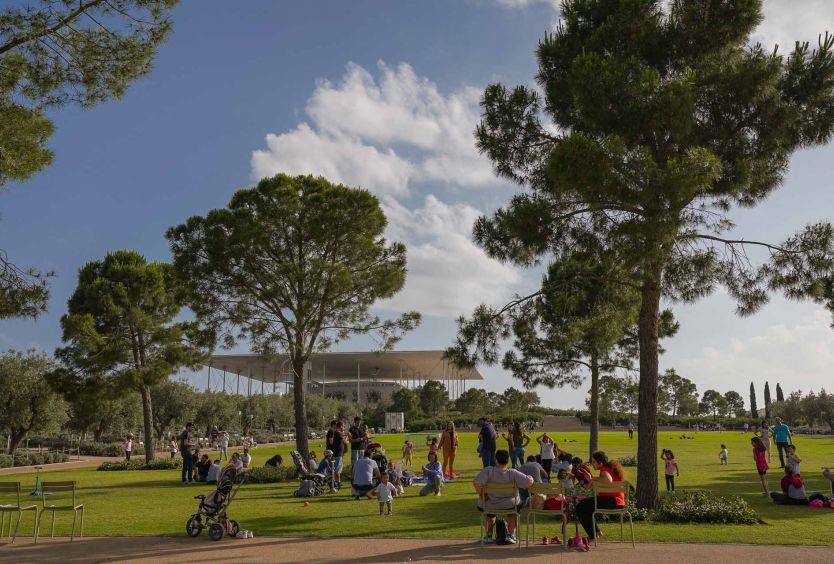 Since welcoming its first visitors in August 2016 until today, the SNFCC has been established in the public mind as an accessible, free public space open to all, as well as a prime destination for entertainment, culture, learning and sports, where everyone is and feels welcome. From 2016 up until 2021, 20.000.000 visits have been made to the SNFCC, solidifying the relationship it has built with its audience.