It was 2004 when the hugely popular, definitive debut of the Glasgow-based band was released, fronted by a charming gentleman with a Greek surname.

The son of a Greek from Piraeus's Nikaia neighborhood, and a British mother, Alex Kapranos was born on English soil and moved to Scotland at age 7. Even though he doesn't speak Greek, he inherited his love for rebetiko music and composer Markos Vamvakaris from his father and uncles who grew up listening to the songs of the great musician.

Having formed or joined a number of Scottish bands that failed to break out of the borders of the U.K., by the early 2000s, Kapranos was rather convinced he would never make it in the music industry. In 2001, as a last resort, he formed Franz Ferdinand.

The band’s first two singles (“Darts of Pleasure” and the classic “Take Me Out”) reached the U.K. Top 50, building anticipation for the band’s debut album. Their self-titled album came out in early 2004, skyrocketing the band into the stratosphere: it won that year’s Mercury Prize, two Brit Awards in the following year and was nominated for a Grammy.

Their sophomore album was just as successful. Since then, Franz Ferdinand released five albums, having secured their place at the top for 15 years now; in 2015 they formed the one-off supergroup FFS, jointly with the American band Sparks, Kapranos’s teenage heroes. Alex continues to be creatively restless: he has supplied vocals on other artists' projects (It’s a Fine Line, BNQT), produced other bands (The Cribs, Citizens!), lent his voice to radio and television documentaries and perfected his woodworking skills; also, he starred in the feature-length documentary Lost in France focusing on the adventures of Scottish bands on tour in France. Notably, he sang a rebetiko song by Markos Vamvakaris at the Barbican in 2015.

The discussion will be moderated by journalist/radio producer Panagiotis Menegos. 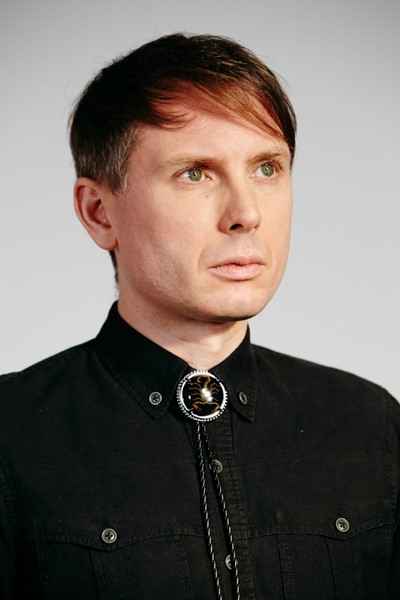