In the context of the collaboration between the Stavros Niarchos Foundation Cultural Center (SNFCC) and Junior Achievement Greece, the 17th Greek National Competition for “Best Virtual Business 2022” was held on Friday, May 13, at the Dome of the SNFCC, with the participation of the 10 innovative, sustainable and socially relevant student start-ups that stood out and qualified to compete.

The awards ceremony was attended by the Inspirational Mentors of Junior Achievement Greece, who celebrated and applauded Greece’s best “startuppers”.

The “Virtual Business” program/conpetition is held for the third consecutive year under the auspices of H.E. the President of the Hellenic Republic, Katerina Sakellaropoulou.

An address was delivered during the event by Elly Andriopoulou, SNFCC Managing Director, who also served as a member of the jury. Ms. Andriopoulou noted, among other things: “As I meet today the teenage ‘businesspeople’ of JA Greece, I feel very optimistic because I see that our future is in good hands.  We are particularly happy to have been cooperating with JA Greece and to be hosting this wonderful event, here, at the Dome of the SNFCC.”

The 1st Prize was awarded to the student Virtual Business “Microgreens-Magicgreens” from the 2nd Experimental Gymnasium of Kilkis, who built fully automated cubicles for growing microgreens inside the cases of old PCs destined to be scrapped. The team winning the 1st Prize was announced by the Minister of Education and Religious Affairs, Niki Kerameus, who was virtually present via online connection.

During the event, the Inspirational Mentors were also awarded by JA Greece President Markos Veremis. Present to receive their award were: the President of “Greece 2021” Committee, Gianna Angelopoulos-Daskalaki; Minister of State Akis Skertsos; the President of the Greek National Tourism Organization (GNTO), Angela Gerekou; Deputy Minister of Development and Investments Christos Dimas; the Executive Editor of Kathimerini newspaper, Alexis Papahelas; Deputy Minister of Education and Religious Affairs Zetta Makri; Deputy Minister of Tourism Sofia Zacharaki; Deputy Minister of Education and Religious Affairs Angelos Syrigos; the journalist and lead news anchor at the Hellenic Broadcasting Corporation (ERT), Andriana Paraskevopoulou; Deputy Minister of Transport and Infrastructure Michalis Papadopoulos; the Vice-President of JA Greece and CITI CEO and Corporate Banking Head Greece, Cyprus & Malta, Emilios Kyriacou; the CEO of Attica Publications Group, Theocharis Filippopoulos; the journalist and director of TOC, Manolis Kapsis; the President of the Athens Chamber of Commerce and Industry (ACCI), Ioannis Bratakos; the President of the National Chamber Network of Women Entrepreneurs and Vice-President of the Foundation of the Hellenic World, Sofia Kounenaki-Efraimoglou; the pole vault champion and creator of Replayce,  Errika Prezerakou; the Chairman of the Board of MOTODYNAMICS S.A.,  Paris Kyriacopoulos; the Deputy Director of Bruegel (Brussels), Maria Demertzis; the CEO of IFET Giannis Sotiriou; AUEB eBusiness professor George Doukidis; the co-founder and CTO of Workable, Spyros Magiatis; and the Regional Director, Western Balkans, of Chipita Global, Yiannis Sotiropoulos.  Also present at the event were journalist Maria Houkli and Director General of the Hellenic Federation of Enterprises (SEV) Alexandros Chatzopoulos.

Furthermore, awarded during the event were the prizes of Junior Achievement Greece’s new program/competition titled “Company Junior,” aimed at students aged 11 to 15 (grades 5 to 9), as well as Special Awards to teams and teachers who stood out in various different disciplines.

With the shared objective to mobilize student groups on the issue of sustainability, the Stavros Niarchos Foundation Cultural Center (SNFCC) and JA Greece joined forces to give the opportunity to even more students from all over Greece to develop their ideas, skills and talents. Through the integrated digital programs “One City, One Ecosystem” and “Virtual Business,” school teams participated in a hands-on educational experience that addressed the issue of sustainable consumption and promoted creativity.

The journey started with the SNFCC training program “One City, One Ecosystem” and the adventure continued with JA Greece’s “Virtual Business.” By first concluding the SNFCC program, the school teams, divided into sub-groups, came up with ideas and models that might contribute to the issue of consumption sustainability. Immediately afterwards, they attended the “Virtual Business” program, which guided the school teams to develop their idea up to the final production of the product/service they designed.

In addition, members of the SNFCC team participated as volunteers-mentors in Junior Achievement Greece’s “Company Junior” program, a mini “Virtual Business” program aimed at students of grades 5 through 9. 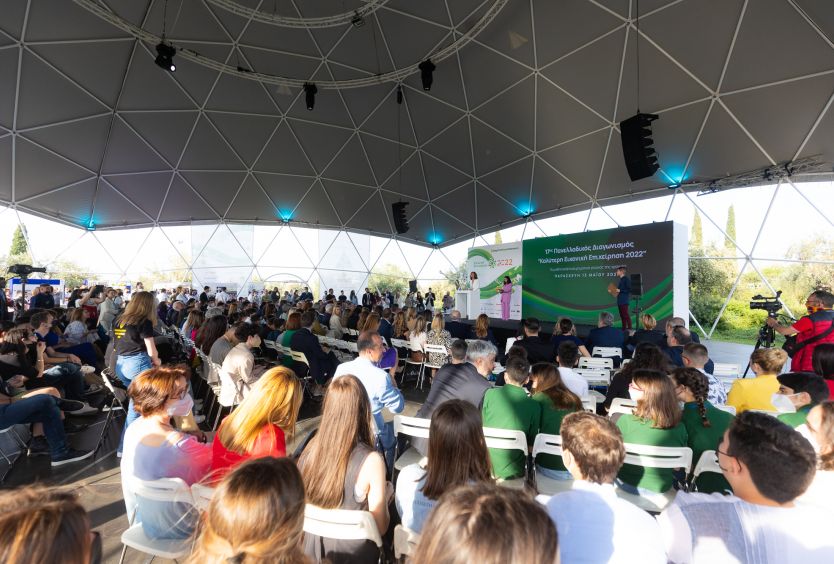 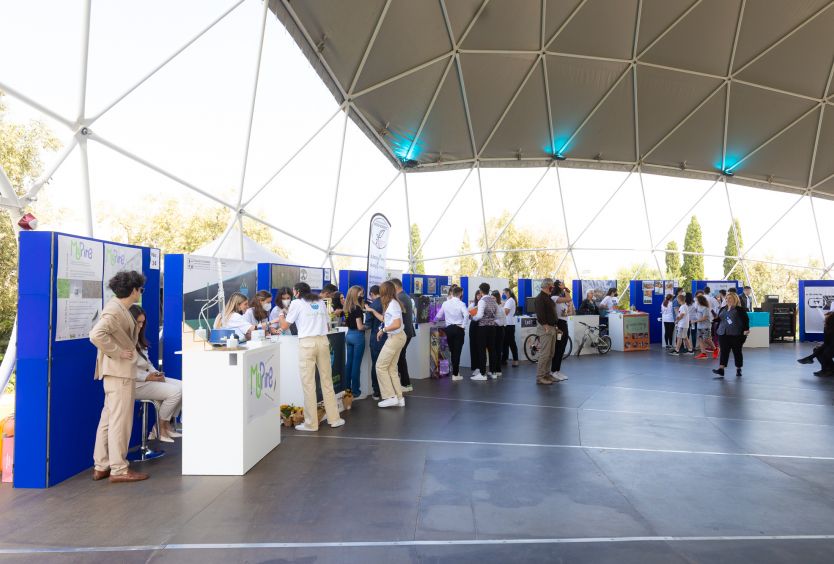 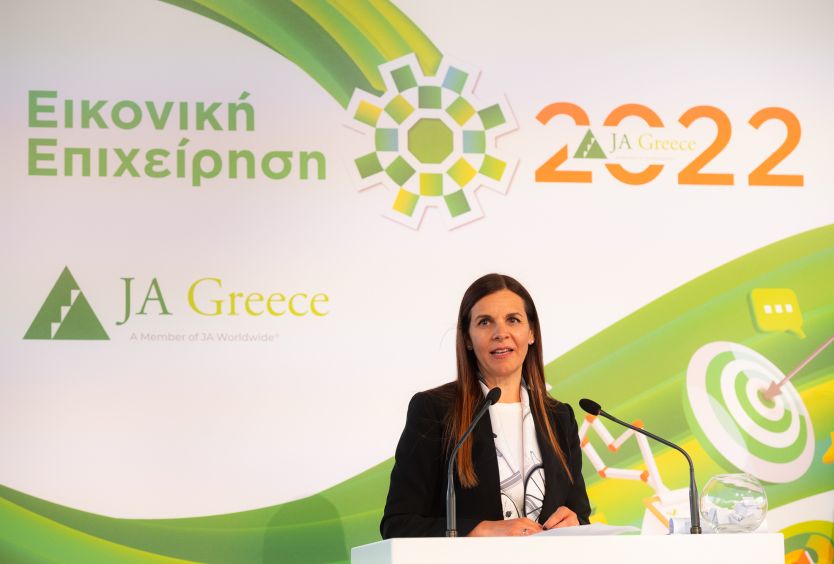 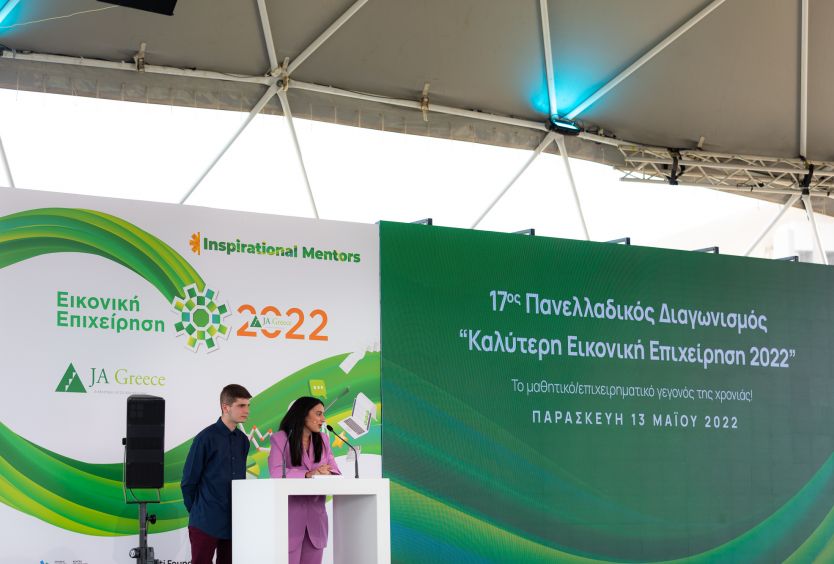 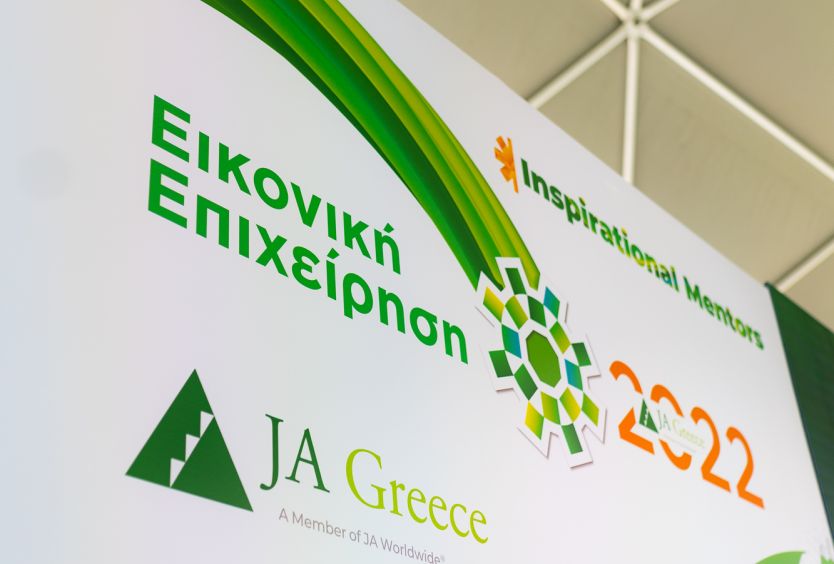