back to SNFCC places How to get here

SNFCC offers daily transportation by shuttle bus to visitors, free of charge. The shuttle bus departs from Syntagma Square (intersection with Ermou Street), with a stopover at the Syggrou-Fix Metro station (Syggrou Avenue) and vice versa.

From SYNTAGMA to SNFCC

From SNFCC to SYNTAGMA

*Changes on the route might occur due to trafic settings.

On Sundays, from 10.00 to 13.00, the shuttle bus runs only from Syggrou-Fix to the SNFCC and vice versa, due to the scheduled changing of the Presidential Guard in front of the Hellenic Parliament. In the event of special traffic regulations the schedule of shuttle bus, might be modified accordingly.

The shuttle bus service is also accesible to guests with a wheelchair, after an appointment at 216 8091000.

Keep driving on Mikras Asias Avenue which at the Peace and Friendship Stadium is renamed to New Posidonos Avenue towards Kallithea. 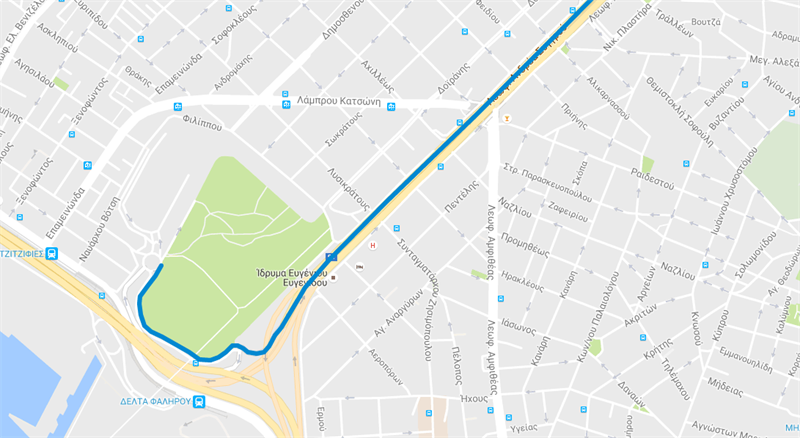 Drive on the roundabout and take the first exit. Continue straight following the signs where the entrance of the SNFCC’s parking space is located. 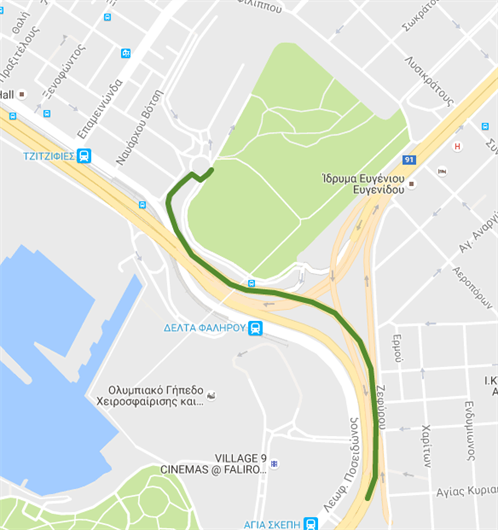 Follow Posidonos Avenue and at the point where the Avenue is divided with Syggrou Avenue keep left and follow the direction towards Piraeus.

Keep right and take the first  exit, which leads to the roundabout of the SNFCC’s parking space.

By Bus or by Metro & Bus

From the Center of Athens

Lines Β2, 550: These lines pass through the metro station Syggrou Fix where you can change means of transport. Getting off at the “Onasseio” stop on Syggrou Avenue southbound, head south in the direction of the sea, up to Evripidou Street (junction with Syggrou Avenue by-lane).

From Pireaus
Lines A1, B1, 130, 217, 860: Getting off at the “Tzitzifies” stop on Ethnarchou Makariou Avenue. Move on the avenue towards Glyfaga, then left onto Epaminontas Street and finally right onto Peisistratou Street.

From the “Τzitzifies ” stop, walk towards the Navarhou Votsi street and then turn right at Peististratou street. At Peisistratou and Sahtouri street you will find the entrance of the SNFCC through its parking.

Line 10 from Chalandri Square to the Epaminonda stop. Walk towards Peisistratou and Sahtouri street and you will find the entrance of the SNFCC through its parking.

Bicycle parking spaces are available at the entrance of the parking of the SNFCC (Peisistratou and Sahtouri Street) as well as the Visitors Center (Eyrypidou and Doiranis). The parking of bicycles in these areas is under the responsibility of the owner / holder for any damages arising (theft, damage, etc.).