The Company named “Stavros Niarchos Foundation Cultural Center S.A.” held its Annual General Meeting on Thursday, June 11th, 2020, during which the Company’s new Board of Directors was elected, consisting of seven (7) members. These members were appointed, in accordance with the provision of article 2, article 3, par. 2.4 of Law 3785/2009 (Α’ 138), by the Greek State.

The new composition of the Board of Directors of SNFCC S.A. is as follows:

Ms. Elly Andriopoulou stated: “It is with joy as well as with a sense of responsibility that I take on my new duties at the Stavros Niarchos Foundation Cultural Center. It is a great honor to hold the position of Chairwoman and Managing Director at one of the country’s most important cultural organizations, which the public embraced from the very first moment and which, in collaboration with the National Library of Greece and the Greek National Opera, has already achieved remarkable work.” 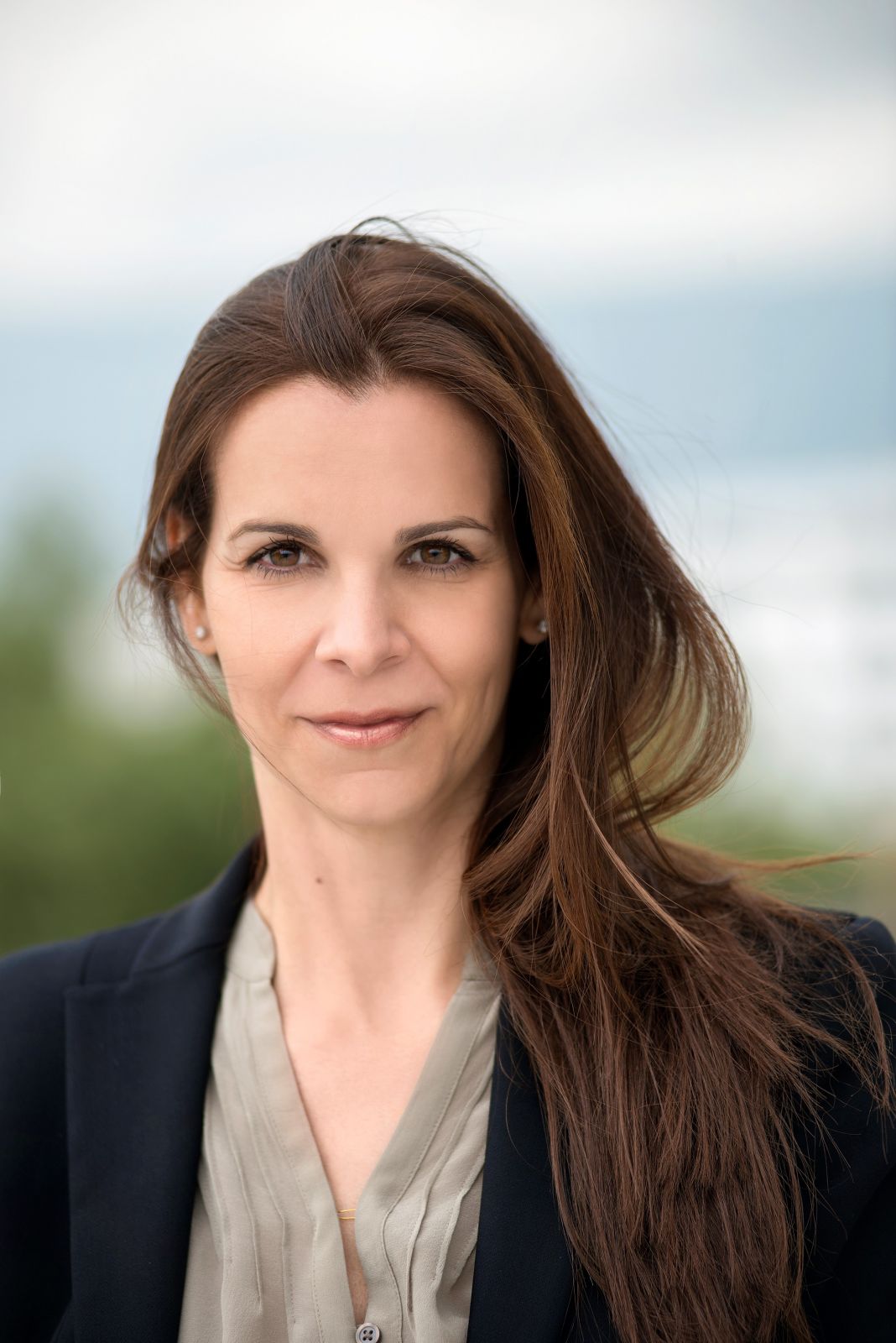 Biographical notes on the members of the Board follow:

Elly Andriopoulou is a high-level executive officer with extensive experience in leadership positions in the banking sector, in a strategy consulting firm and, most recently, at the Stavros Niarchos Foundation. She holds an MBA from the Kellogg School of Management of Northwestern University, and a BA in Psychology from the American College of Greece. After completing her postgraduate studies, Mrs. Andriopoulou worked for Oliver Wyman management consulting, where she advised businesses on strategy, development and marketing. In 2004 she returned to Greece, where she was employed by Citibank in a number of executive roles in the Network, Operations and Marketing departments, before taking over as General Marketing Manager in 2011.

In September 2012, Mrs. Andriopoulou joined the Stavros Niarchos Foundation where, up until the end of 2013, she served as co-COO of the Athens office, overseeing the Foundation’s grants in Social Welfare and Health. In 2014, and while the construction of the SNFCC had just begun, Ms. Andriopoulou was appointed Executive Director of SNFCC S.A. and prepared the organization for its future operation, developing its business plan, organization chart and communication plan, conducting the tenders for services and assignees, and studying best practices in corresponding organizations abroad, such as the Lincoln Center, the NY Public Library and the Central Park in New York, the Barbican Center in London, and the Millennium Park in Boston, among others.

In 2016, and as the delivery of the SNFCC to the Greek State was approaching, Ms. Andriopoulou returned to the Stavros Niarchos Foundation to prepare the smooth transition of the project to the Greek public sector, and manage the €50 million grants through which the SNF supports the first five years of the SNFCC’s operation. She left the SNF recently in order to take on her new duties at the SNFCC.

Dimitris Karnavos is an Economist, with a degree from the Athens University of Economics, and Postgraduate Studies in Sustainable Development at the Harokopio University. He has been elected Mayor of Kallithea from 2014 until the present day. He is Vice President of the Central Union of Municipalities of Greece (KEDE) and President of the Union of Municipalities of Southern Attica. Since January 2020, he has been a member of the Presidency of the European Committee of the Regions (CoR), the Commission for Territorial Cohesion Policy and EU Budget (COTER), and the Commission for the Environment, Climate Change and Energy (ENVE). He has served as Managing Director of Epaggelmatiki Katartisi S.A., General Manager of Olympic Properties S.A., and as a member of the Board of Directors of the Agricultural Bank of Greece. Since 2012, he has been engaged in business activities in the Environment and Renewable Energy Sources sector. He is married, with three children.

Stavros Zoumboulakis, Member of the Supervisory Council of the National Library of Greece, member

Stavros Zoumboulakis was born in 1953 in Sykia, Laconia. He studied law and classics in Athens, and philosophy in Paris. After he had served in secondary education for long years, he became the editor of the literary journal Nea Hestia from 1998 to 2012. Since 2008 he has been the Chairman of Artos Zois Foundation, and since 2013 he has been serving as the Chairman of the Supervisory Council of the National Library of Greece. He has received honorary degrees from the University of Ioannina (2015) and the University of Crete (1919). For his contributions to literary criticism, he has been awarded prizes by the Greek State and the Academy of Athens.

The artistic director of the Greek National Opera, George Koumentakis, one of the most talented and multifaceted Greek composers, was born in Rethymno in 1959. He has composed symphonies, chamber music, music for theater, cinema, dance performances, and installations, as well as four operas, most notably Fonissa (The Murderess) in two acts (GNO, 2014). He has received numerous awards and collaborated with leading artists globally, while his works have been performed all over the world, in major music venues and opera houses. His long-standing partnership with choreographer-director Dimitris Papaioannou and the Edafos Dance Theater reached its culmination in the 2004 Athens Olympic Games, where he served as director of music, composer and creator of the musical script for the opening and closing ceremonies. He has served as artistic director of the “Nikos Skalkottas” music ensemble, the Kyklos Ensemble, and the Rethymno Renaissance Festival, as well as art program coordinator at the Tinos Island Cultural Foundation. From 2015 to 2017, he was director of art programming for the Alternative Stage of the Greek National Opera, where he designed innovative programs and productions with artistic, educational and social dimensions.

Efstathios Bakalis is an attorney specializing in Fiscal Law. He has handled numerous fiscal cases and taken part in several trials on fiscal issues, many of them held at the Council of State. He is a Partner in the KBVL legal firm, and a member of the Deloitte Legal Network. He holds a D.E.A. in Fiscal Law from the University of Sorbonne (Paris 1), and a Postgraduate Specialization Diploma in Civil Law from the University of Athens Faculty of Law. He is a Tax Consultant at the Athens Bar Association and the Plenary of Presidents of Greek Bar Associations. He teaches Income Taxation, Fiscal Procedure and Administrative Procedural Law on the Fiscal Law Professional Training Program at the Professional Training Center of the Athens University of Economics and Business. He has authored the books “Fiscal Limitations on Property” and “Fiscal Procedure: Diagrams – Interpretive Comments – Examples”. He has taken part in lawmaking committees for the development of provisions in fiscal and administrative legislation, and has been a key speaker in numerous conferences, seminars and committees on fiscal issues.

He is Professor and Dean of the Faculty of Chemical Engineering at the National Technical University of Athens. He was born in Amfissa in 1960. He is a Doctor of Mechanical Engineering and an Economist. He has been a scholar of the State Scholarships Foundation, the Greek Aspropyrgos Petroleum, and the NTUA, and the recipient of an award by the Technical Chamber of Greece. He has conducted extensive scientific and research work with more than 200 publications in international scientific journals and conferences, and in excess of 1.700 references in international bibliography. He has implemented 32 competitive international and national research programs. He serves as a judge on scientific journals and evaluator of research programs in Greece and abroad. He has collaborated with manufacturers both within and outside of Greece for the development of applied research or the provision of specialized knowledge on issues of energy, segregation, process optimization and investment evaluation. He has served as Chairman of the Board and Managing Director of the School Books Publishing Organization, the Electric Buses of Athens & Piraeus (ILPAP) and the Hellenic Railways Organization (OSE). He is a member of scientific and professional associations in Greece and internationally. He speaks English, French and German.

Tina Stea was born in Ioannina, Greece in 1961. She studied Law at the University of Athens followed by postgraduate studies at the Hague Academy of International Law and King's College London. She speaks seven languages. She worked as an attorney-at-law in Athens from 1986 to 2016 and served as the corporate general counsel to large companies and multinational environments. As the general counsel and company secretary of Athens International Airport for seventeen years, she gained significant experience in public-private partnerships and greenfield projects. She is actively involved in cultural institutions. She is a member of the Board of Directors of SNFCC since February 2017.