Screening of Dionysis Savvopoulos recorded concert at the SNFCC

Enjoy selected online concerts that took place as part of the #snfccAtHome series of the Stavros Niarchos Foundation Cultural Center (SNFCC). On Tuesday 04/08 at 21.00, the concert of Dionysis Savvopoulos, which took place on June 20, will be screened at the Stavros Niarchos Park's Great Lawn. Watch on a big screen the favorite songwriter who performed timeless songs, accompanied by his guitar, live from the SNFCC Lighthouse and without the presence of an audience. 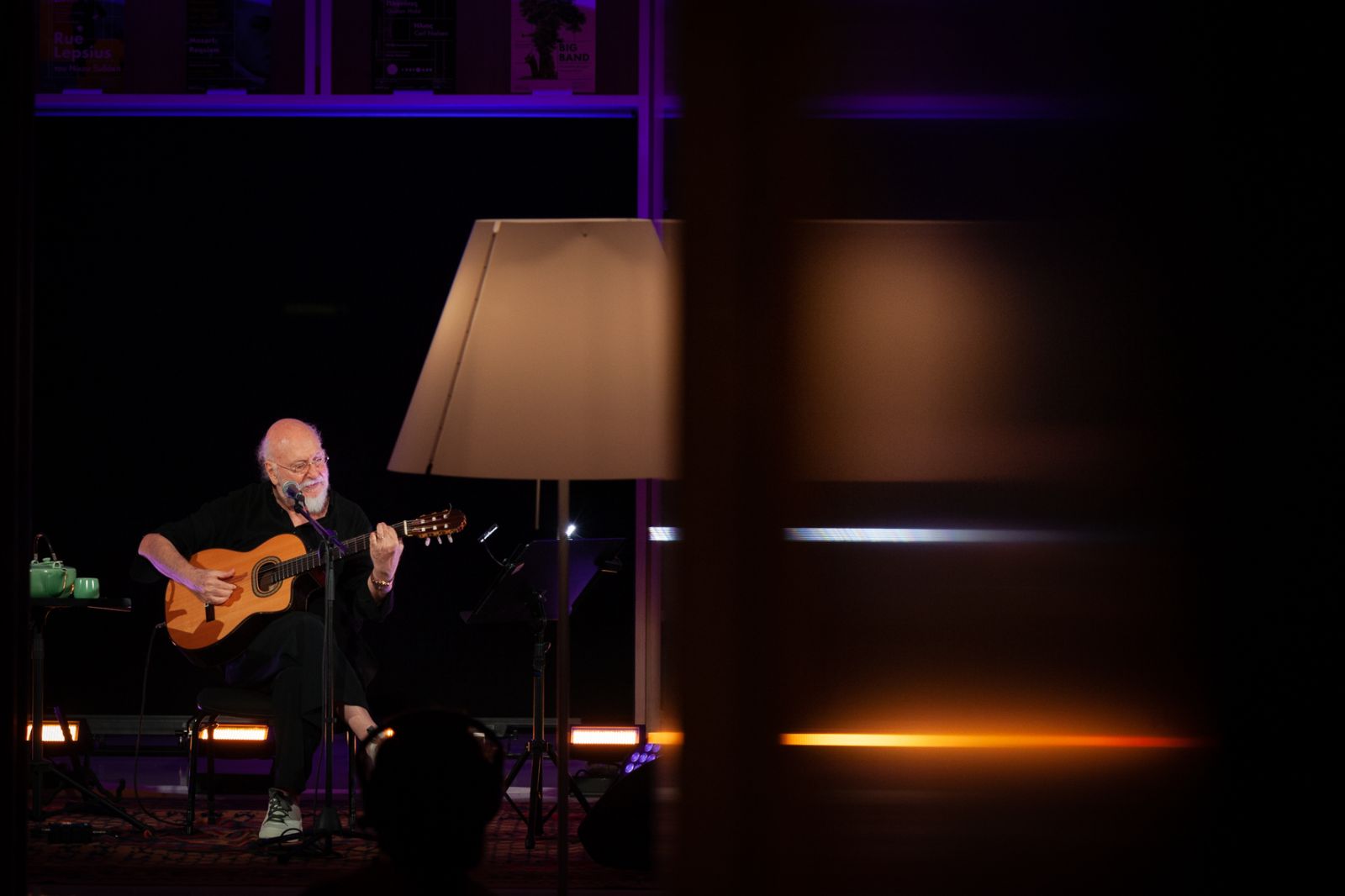 The top Greek singer and songwriter Dionysis Savvopoulos came to the Stavros Niarchos Foundation Cultural Center (SNFCC) on Saturday, June 20, at 21:00, as part of the #snfccAtHome: music online concert series.

Dionysis Savvopoulos, live from the SNFCC Lighthouse, presented an online concert designed especially for the SNFCC. This was a rare opportunity for the audience to enjoy this ground-breaking creator alone on the stage, accompanied only by his guitar. Savvopoulos performed songs that are as popular today as they were 50 years ago, more pertinent now than ever, songs that have passed the test of time because they speak of the most profound challenges of our living history as a nation over the last few decades.

Songs that we have all loved, with melodies that fuse Greek, Balkanic and rock sounds. Songs of the soul, of joy, of nostalgia, and of hope. And all of them conveyed in that warm, direct and heartfelt way that is pure Savvopoulos.

The #snfccAtHome: music series, where important Greek artists performed concerts which were broadcasted live from emblematic locations within the SNFCC, without an audience and in compliance with all the necessary safety measures, was realized through a grant by the Stavros Niarchos Foundation (SNF), and has, to date, hosted, with great success, performances by Dimitra Galani, Natassa Bofiliou, Alkinoos Ioannidis, and Savina Yannatou, among many others.

The #snfccAtHome: music series, and the SNFCC digital program in its entirety, was realized thanks to a program support grant by the Stavros Niarchos Foundation (SNF).

Dionysis Savvopoulos is a Greek “musical legend”. He first appeared in 1963, with songs performed, written and composed by himself. His songs signify a breakthrough in Greek music, as they established in contemporary times an age-old genre that had, before Savvopoulos, been largely unclassified, thus bringing together the sensibilities of traditional Greek songwriting and contemporary global musical trends. His performances and orchestrations are considered unique and unsurpassable. He also chose, from the very beginning of his career, to act as the director of all his shows, which became benchmarks both in terms of their theatrical quality and the venues where they were staged. Savvopoulos discovered spaces intended for other uses to create music stages and set them up according to his vision.

#snfccAtHome: music K.Bhta LIVE from the Dome of the Stavros Niarchos Park