On Saturday 03/10 at 20.30, the new film of Εlias Giannakakis, Transfer, will be screened at the Great Lawn of the Stavros Niarchos Park.

The National Library unites the past with the present and wonders about the future.

The iconic old building of the National Library of Greece looms in the center of Athens, with its neoclassical columns evoking the Golden Age of Pericles, the era of Greek philosophers. Only few of the Athenians seem to have any interest in it. Preparations for the transfer of books, ravaged through the years, have started. The National Library is moving  to a new modern building. The city all around reminds of a battlefield in the hard time of the social and economic crisis.

We can see the transfer in progress, and at the same time, a city in turmoil, yet always exciting.

And we hear the voice of the National Library connecting the history of itself and of the city with the present and wondering about the future.

The film makes an attempt to put together a large mosaic of stories and emotions, through short scenes and narratives, thus unifying time and space aiming to create a collective existential and psychological profile of a country and a people, through its National Library.

A transfer that, throughout the film, only a few seem to believe will begin and when it does begin in an environment of faction, poverty, and extremity, it is met with public indifference.

It might be a transfer that signifies a lot more than a simple technical process of book relocation. 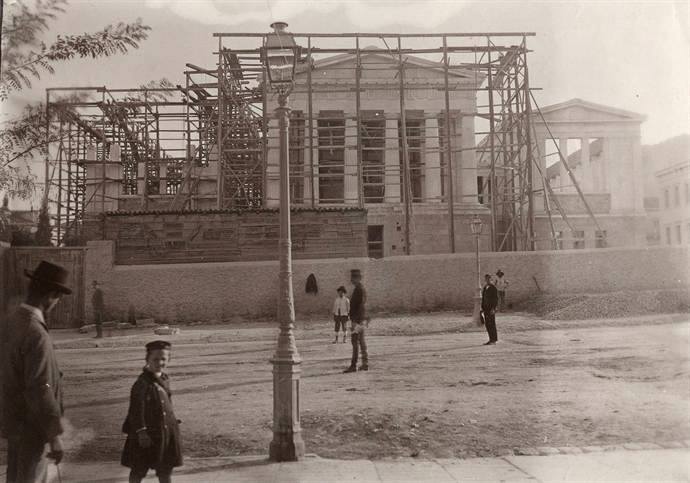 Mandatory use of mask throughout the event.

*Viewers are advised to bring mosquito-repellent, as well as a throw or blanket to spread on the ground.

For your own safety and in compliance with the measures for maintaining distances as defined by the Hellenic National Public Health Organization, we have designed a special layout at the Great Lawn, with signs indicating the spots where up to 2 people may sit (excluding families).

There will be no waiting list. According to the protection measures against COVID-19, on the occasion of the exceedance of the Great Lawn’s visitors maximum capacity, the film screening will be cancelled. Thank you in advance for your understanding.

Postponement: Functions of the garden